Media Literacy: The Literacy Skill for the 21st Century

Media Literacy is the literacy skill of the 21st Century because media messages are imbued in our today’s cultural environment. We are continuously engulfed daily with their outcomes – in prints (books, newspapers, magazines); devices (computers, cell phones); radio and television broadcast; stretched across billboards and sign posts.

The meaning of media literacy is not far-fetched. Media Literacy is a set of integrated skills needed to create, interpret and use media messages. It is the ability to identify different media types and understand their messages.

Message, audience and representation are the key concepts of media literacy

This is about the information content of any medium. Media content provides insight into lives and societal culture through influences on attitudes, beliefs, values and how they are communicated. Media texts are built with a form of creative thematic language for any form – news, relationship, outlook, among others.

Even though grammatical syntax of constructing quality media messages requires special skills, media literacy is more of being able to analyse and interpret a message as well as to accept or reject its legitimacy.

The key behind this concept is figuring out to whom the message is constructed. Who does it intend reaching out to? Is the message meant for a particular race, culture, group or everybody? Every message whether mass or digital media has a targeted audience, at least to the message creator. Audiences play a crucial role in interpreting mediated messages because each audience member brings to the message a unique set of life experiences.

What theme does each constructed message sent across portends for the targeted audience irrespective of how they interpret them? What purpose does it serve? Is it about influence, beliefs, attitude or self-efficacy? How does it deviate markedly from reality or biases? What value does it add to the teeming users? What effect does it have on audience – positive or negative? These are the big questions that bother on media representation. The media represent the world by mediation.

1.) Awareness of the impact of media

Understanding the role of mass media and participatory media in constructing views of reality encompasses having the knowledge and skills of media content as a change agent of the society and why media content is produced and the impact on a society. Understanding such concepts of media literacy reduces the susceptibility to media manipulations

Similarly, media users’ understanding of the components and processes involvement in media transformation – from accessing to media creation and how the processes are related is a critical determinant of effective media literacy education.

Media users can enhance their understanding and appreciation of media literacy through the ability to use multiple points of access – to approach message content from a variety of perspectives and derive from it many levels of meaning.

To consume mediated messages thoughtfully and meaningfully, users need a foundation on which to base thought and reflection. Reflective skills can be strengthened through strategic critical analysis and discussion of the mediated messages. Employment of such tools will guide against falling victim of the negative effects of media manipulations.

Making any form of active participatory media representation in media literacy requires essential skills of inquiry and self-expression necessary for citizens of a democratic setting.

Media users can use their voices, words and other artistic forms to express their thoughts and feeling while communicating ideas, information and feelings in order to create an effect in media landscape.

Ethical and moral standards of our society are the blueprint to deal with unfair and unjust videos, ads, campaigns, publications, speeches, decisions that filter through our media which tend to promote decadence and rot no matter how glossy they appear.

The promoting orientation approach stresses relating with the media through either intellectual creativity or communication relations in order to stimulate greater awareness of the impact of media environment. This approach is based on the conviction that the media offer all users opportunities and potentialities.

Participatory orientation approach emphasizes on improving on an individual’s knowledge and skills communication ability through social development. The Internet and the web facilitate on the highest level the sharing of resources and social interactivity.

Multi-dimensional media messages are progressive and incremental narratives. These evolving and developmental skills organises the elements, principles and values inherent in human experiences into a logical conclusion. From a given perspective, narration relates different events and facts, giving credence to certain values.

The concepts of media literacy creative construction of mediated messages to represent but not to present reality to targeted audience. The language of representation differs with each medium in codes, elements, conventions and technicalities.

They are professionally designed and organised with varying decisions on message inclusions and exclusions in order to convey a particular idea to the target audience without revealing the message production processes. It is not out of place to say mediated messages are inherently ideological and biased versions of reality.

The coordination of selected and manipulated messages defines the persuasive tendency of each medium in relation to the message interpretation by and influence on users.

The three degrees to which media messages are operated in promoting an agenda and defining how users view reality are manifest message, latent message and cumulative message.

Though routine media messages have targeted audience with specific producers-intended response in general terms, the media users give their personal interpretation of the message in anticipation for some importance owed to their background thereby reflecting the elements of media literacy. For any media message and cultural setting, differences in race, age, gender, education and cultural upbringing will obviously generate different views and interpretations. The interpretation given depends on if they take the message at face value or if they subject to critical analysis.

The primary aim of media is to make gains. Programs broadcast are intermittently interrupted with commercials. News and ads laid out in the newspaper and magazine pages and internet have likewise become a global platform for content and product marketing.

It can also be to exercise authority and dominance. Providing information and entertaining people are secondary considerations. To maintain economic viability, media firm usually advertise to attract a sufficiently large audience and strive to create in the mind of the public a condition of mental appreciation of intended messages.

Media education has been described as unending education in a global media world.

A media literate has the ability to obtain a wide range of media forms and content from different sources of media technology in order to make informed choices with respect to content, storage, retrieval and sharing to meet individual and community needs and interests.

Active and critical assessment and analysis of mediated message can throw more light on the author’s view point, patterns and techniques of construction, media manipulations and representations and the reasons for those.

Evaluation skills requires the ability to use standards to assess message content. Media literacy education uses an inquiry-based pedagogical model that encourages people to ask questions about what they watch, hear, and read in order to review the extend they conform to specified standard.

Media creativity is the ability to assemble various elements of a message into a new structure to serve a need. To become media literate is not just about media awareness and consumption or to memorize media facts and statistics but to develop creative skills in making own media content.

One way to acquire effectual productive media literacy skills is to study how media relay and communicate messages. . For example, watching classic films can create in one’s mind how directors capture an emotion effectively and artistically and reading novels, scripts and magazine articles can induce creativity of sentence structure and powerful imagery.

On the other hand, using media to express and communicate ideas, information and opinions in the exercise of democratic rights, civic responsibilities and otherwise, is not just a creative skill in media literacy but also enhanced life skills of the 21st Century.

The definition of mass media as ‘’the ability to access, analyse, evaluate and to create media ranging from print to video to the internet fundamentally consolidates on the importance of media literacy education of which an individual in a civil society may fail in understanding and ability to contribute to the discourse of the time if lacking.So, more robust approaches to media literacy are needful to situate the concept in the context of its importance for the education of students in a 21st century media culture.

Media literacy education should be fully conceptualized as a way to address the negative dimensions of media, including media manipulations, misrepresentations, misinformation, sexualization of children, racial and gender stereotypes, and concerns about unwholesome effects of the internet like cyberbullying, privacy loss, among others.

In order to promote civic responsibility and engagement, increase awareness of the power structures inherent in popular media and aid students in gaining necessary inquiry and critical thinking skills, media and information literacy education should be included into basic existing subject areas in schools curricula from Language Arts to Mathematics, Humanities, and Pure and Social sciences – every curriculum touching on digital media. These provide media literates knowledge and skills to communicate, identify, assess and create media messages.

Kids are expected to develop strong literacy skills, undoubtedly, as they gain wider experience in reading and writing skills without which questions about their proper mental development would be asked. Children should be exposed to learn from various media sources – radio, TV, computers, magazines and newspapers in from of text messages, videos, pictures, memes, ads, among others though but not without proper direction and guidance.

As far media literacy for kids is concerned, children should be guided to understand the reason for any media message they are exposed to and its credibility irrespective of the creator. Again despite biases and manipulations associated with mediated messages, kids should be made to understand the role of media in any culture as well as respect users’ point of view on any mediated message. Their thinking ability and contextual knowledge increase for effective communication as a result. They should be trained to take away something from every piece of media they come across be it getting ideas or information, redirecting thoughts and more. They should learn to make informed choices and right decisions. This raises more questions about the structural strength of our instructional method and pedagogy of media literacy.

Our Information and Skilled Education system is about creating, delivering and inculcating empowering informative knowledge and skills to our amiable readers for future sustainability – Eduonwheels 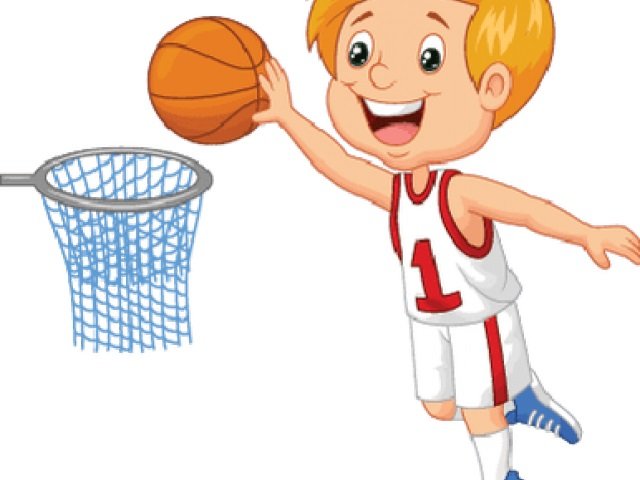 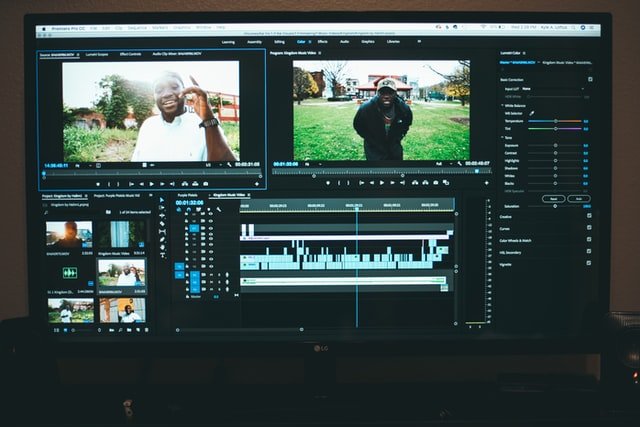 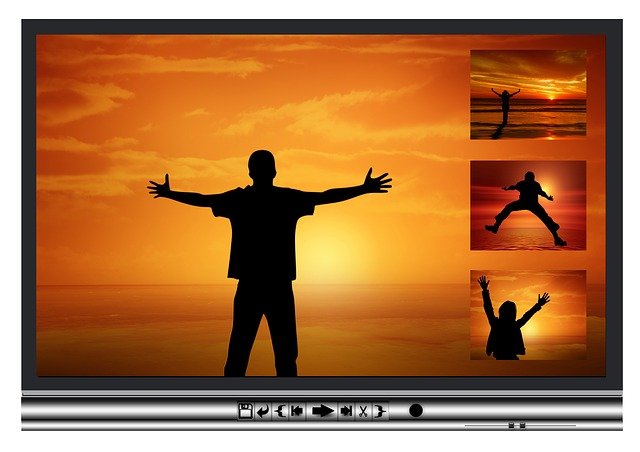 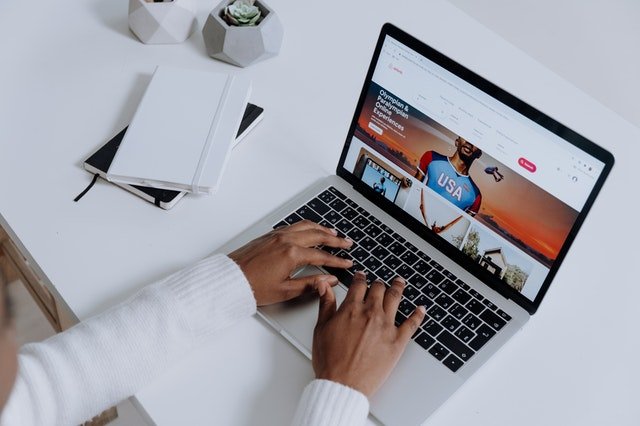