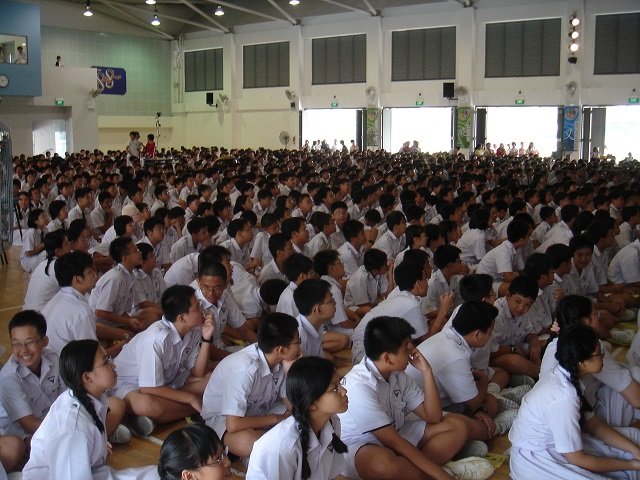 One of the ways Eduonwheel is educating and enlightening our readers is by providing information.

Available experiential data and evidence leave no doubt that population education is an element of crucial importance for any development programme concerned with using education to achieve better quality of life and achieving sustainable change for present and future generations.

What is Population education? Meaning & Concept of Population Education

Population education is an educational process, which helps individual to learn about population and particularly the effect of population dynamic and the related problem on the individuals, family, community, nation and the world.

Population education should be seen as an educational and culturally sensitive response to the social and economic problems which confront us individually and collectively.

Population education programmes developed in different ways in each country or region reflecting the emphasis given by the countries to their specific population-related problems, the socio-cultural situation, the structure of the institution and way the general public accepts population education and particularly the education system.

Certain Latin American countries began their programmes such as family life education, sex education, quality of life education, etc., placing major importance on human sexuality until it become wider in scope and what it is today?

Even though Population education has progressively grown to acceptance as an important part of the school curriculum in most developing countries of the world as its projects have been executed in about one hundred developing countries, more still needs to be done if it is to become both rooted in the world’s education system and strengthened substantively to the point that it leaves an impression on the sands of our 21st Century time.

The population education should be introduced in a child’s early childhood education life – from preschool and or elementary level (level of education when school attendance is the highest) and run through secondary up to university level of education.

First year in school is the best time for kids to start learning important knowledge, skills and attitudes of life such as those regarding gender roles, decision-making; self-confidence development and independency, regard for human life along with moulding certain healthy behaviours.

During secondary education, the student consolidates on the gains in the skills he or she has learnt in basic school education to. He should manage their academic, personal, and social demands (different types of adjustments) and demonstrate responsibility – at home, in school and in the community.

In higher education level, the students apply those skills in solving the problems of the societies he finds himself.

Exposure of college and university students to the contents and programmes of population education will help them understand the consequences of promoting responsible decision-making in population-related issues including sex education and family planning to quality of life for the individual and community.

The introduction of an element of population in higher education will also help to enhance the status of population education and to facilitate its diffusion to other levels of education.

The need for introducing population education a relatively new subject in the field of education at the university level has been highly felt recently especially in a place where it has just been introduced.

21st century colleges and universities are expected to take up a leadership role in training, research and extra-curriculum activities in population education so that it can become fully institutionalized in the education system of a country. Higher schools of education have an intimate association with the schools activities by virtue of their roles in relation to school education.

Population data is obtainable when there is active participation of the individuals in the study group. Political propaganda of demographic information will fail future state and national economic planning and will yield inconsistent results.

Additionally, it follows process of institutionalization – from conceptualization of subject to finding population-related problems solutions.

With opinions and suggestions of a guide, subject experts and investigator identified the following components of population education

There are four major elements of population education. They are

Process of institutionalization of Population Education

For population education to be considered institutionalized, its concepts must be included in the school’s curriculum and textbooks, pre-service teacher training programme, and in the national and state examinations.

The process of introduction of population education in countries’ educational system has been slow. It is, consequently, not astonishing that no country has yet achieved full-scale institutionalization.

Some of the recorded obstacles are overcrowded curricula in education system, inadequacy of qualified human and capital resources, sensitive nature of the contents, lack of organization among coordinating bodies, among others.

There  is need for population education to be reviewed and updated to respond to present and future needs of the countries considering the emerging social problems in the world today, such as AIDS, drug abuse, ageing, adolescent fertility, environmental deterioration and inequitable development as well as the new insights and evidence from scientific and social researches.

Population education aims essentially at changing attitudes and values and forming behaviours, some of which will only become manifest several years later. Obviously, this is a very difficult goal to achieve, one which demands a concerted and coordinated effort.

Population education has also contributed both to the achievement of national population objectives as well as to the improvement of quality and relevance of general education.

Population education has introduced interdisciplinary and all-inclusive approach which is often lacking in the educational systems in the developing countries.

The introduction of population education leads to a greater consciousness among students and teachers in school systems and positively changing their attitudes towards population-related issues.

Teachers, perhaps, the most crucial determinant to the quality of education in many developing countries.  They are also community leaders and change agents, especially in rural areas.

It has brought school and community closer by improving exchange between the school and the community through a variety of co-curricular activities.

The ultimate objective of the population education is institutionalization of its programmes in the education system of a country.

Challenges in Development (Issues with Development) of Population Education

One of the biggest setbacks in development of population education was that many governments resisted the acceptance of its programmes into the schools and universities’ curricula in the educational system of their countries for more than 20 years. Yet as it is a relatively new dimension within the broad field of 21st century education, population education is still approached without needed commitment by governments and educators, as well as the general public.

Again, there were issues with curriculum congestion and cultural-religious hurdles. In some African and Asian countries, there is still a resistance to including any kind of family planning or sex education components in school curriculums due to certain cultural-religious beliefs.

To many countries, population education is synonymous to name for sex education and family planning education – a wrong conceptualization and misconception that hampered the successful implementation of the programmes in those countries. Perhaps the most challenging and pressing issue is the need to review the concept and contents of population education

Education for All (EFA)

Population education should find an entry into the content of the compulsory basic education programme of Education for All. (EFA)